Well it seems spring genuinely is here and it wasn’t s false alarm.  On Saturday evening I had  couple of hours available in the evening so went to see if I could find the roe deer.

Upon arrival I was quickly deflated as the cows where still in the field the deer frequent meaning I was probably out of luck.  However I have often seen them along the river so decided to try the tow path along the other side to see if that worked.

On the walk round I spotted this Small Tortoiseshell butterfly, a sign that spring really has sprung. 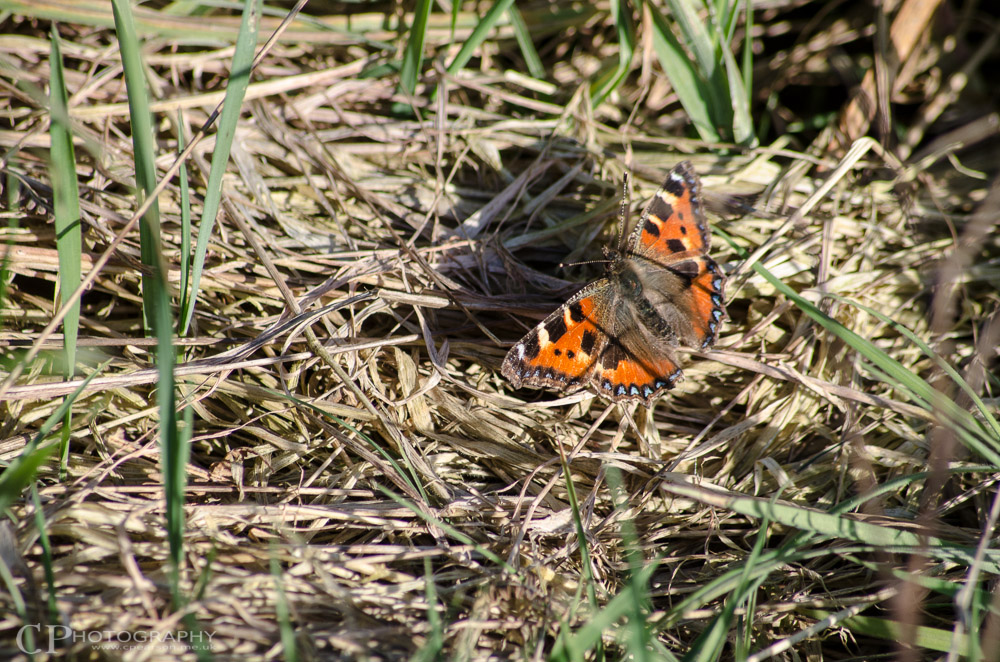 Slightly further round I heard a rustle and then noticed a deer was stuck between a laid hedge and the old fence.  It soon jumped out and disappeared off into the woods.  I don’t know who was more startled me or the roe!

Once on the other side of the river my gamble soon paid off.  I spotted a lone doe feeding in the long grass.  She was aware of my presence, thanks to 1 badly placed step, but soon settled down back to feeding. 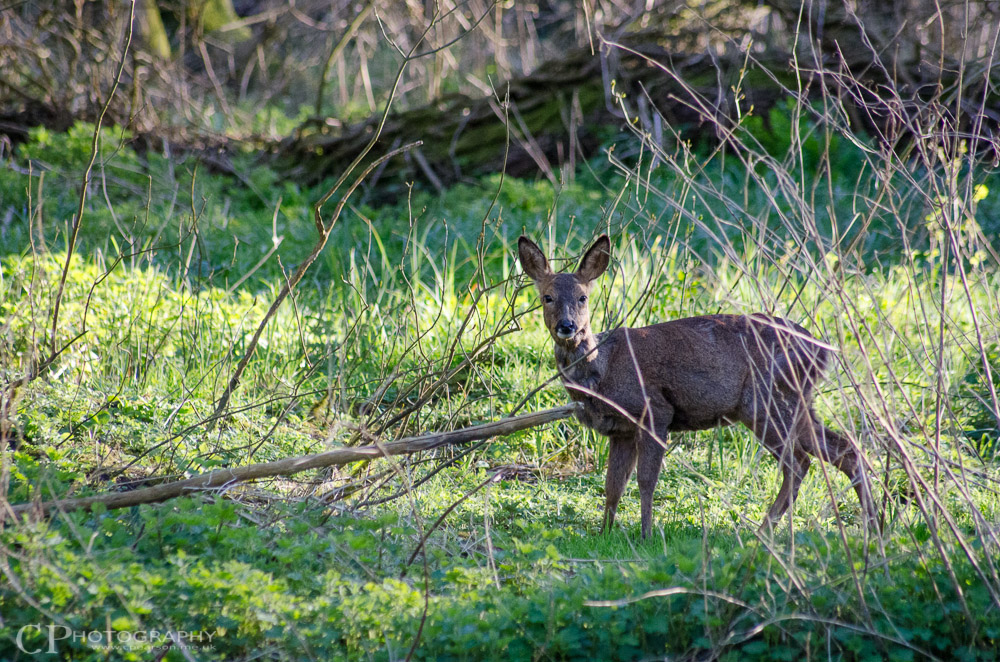 After a while she moved off into the woods.  Further down I found 4 more deer, one was probably the doe from before but it was hard to tell.  I tried to get a few images but the combination of distance and deer placement just meant nothing really worked out.

Deciding it wasn’t working I left the deer in peace to feed and carried on down the path as I’ve only been down it once before and not this far.  I found a SWT labelled gate and decided to follow it to see where it went.  Turns out it comes out at one of the work areas for RHS Wisley Gardens, and also quite near my house.

This route lead me down a section of the River Wey I’ve not been down before.  I’ve heard talk of kingfisher and this area looks promising with high mud banks and overhanging trees to fish from.  Once the river calms down a touch and the water clears I’ll be back to scout.

Nearly home there was one more surprise.  In the final field I pass before coming back out into my road was a dog fox, just sat watching me. 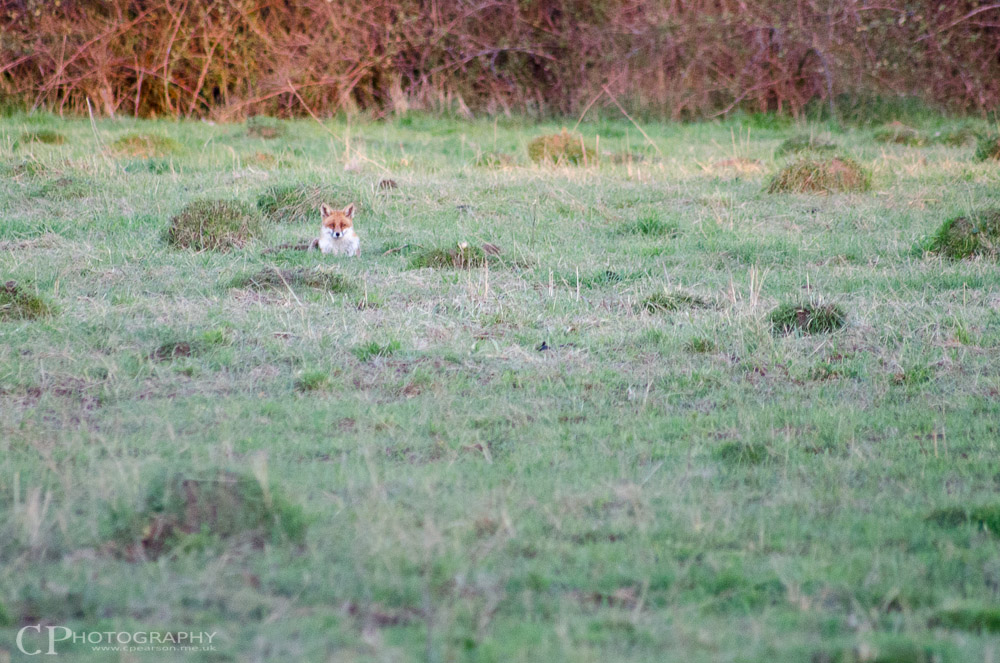 After watching for a bit longer I saw a vixen in the long grass.  She was spooked by me initially but soon relaxed again and headed off into the field to hunt. 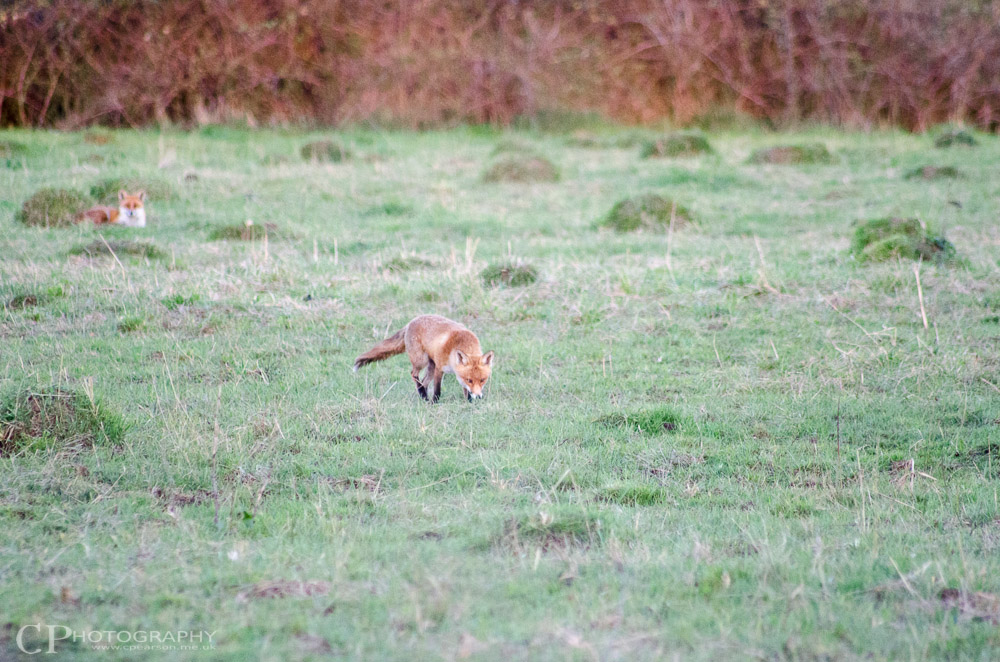 What looked like it would be a bust actually came out quite well.  While I’m not overly happy with the image quality due to the lens, it now looks like I might be in a position to upgrade my lens soon