I spent another evening over at the reserve this evening.  It would seem I am starting to get the hang of this wildlife thing as I not only found a single female deer almost straight away I also managed to get with in a sensible range, about 30m, without drawing attention or alerting her. 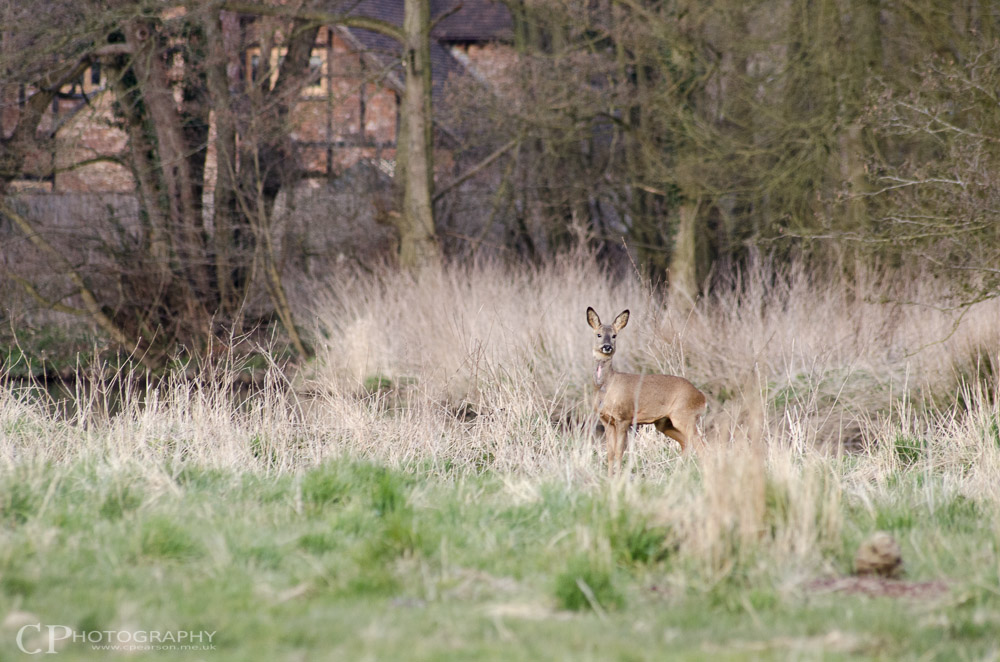 The lone female was feeding on the grass near the river. She moved closer at times but eventually drifted to the far side of the field.

Here she was joined by the single buck I’ve seen recently with the lop sided antlers. 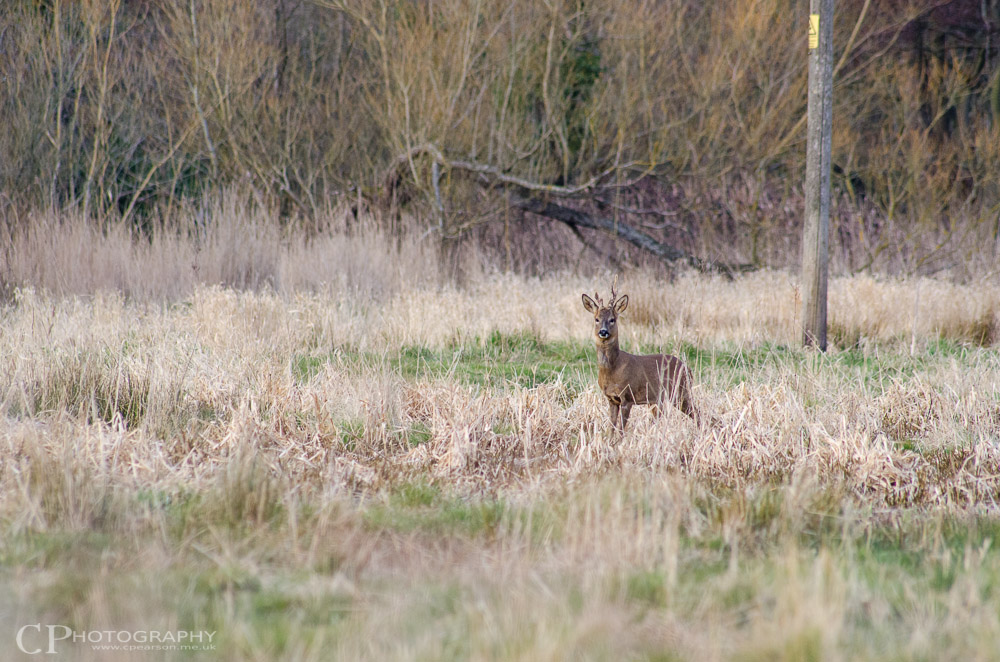 He seemed to be aware of my presence and stood guard over his female. 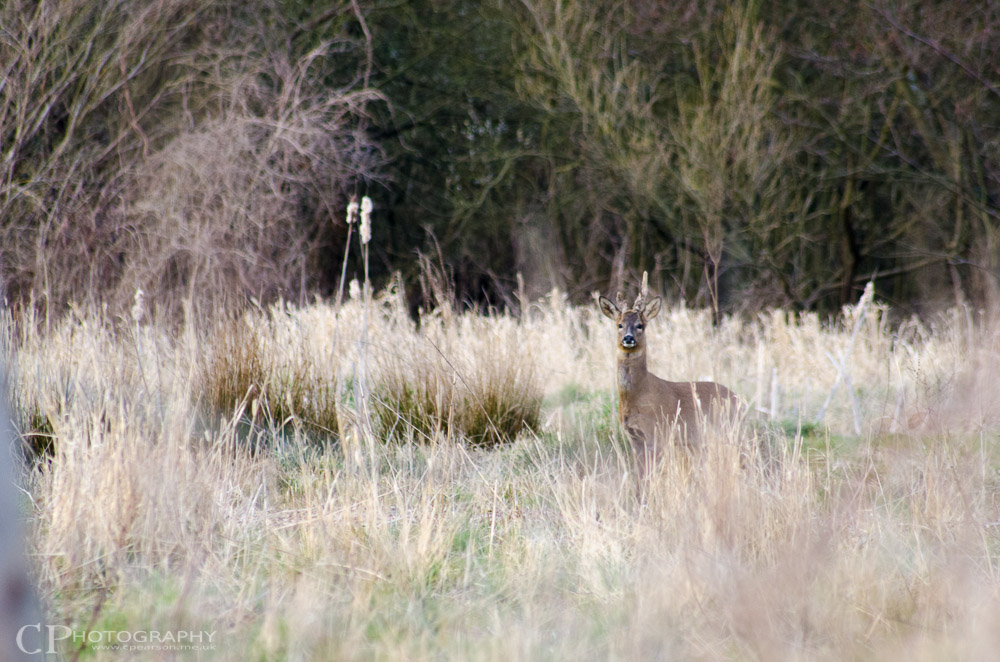 Eventually both the deer began to drift to the back of the field and behind the shrubs out of sight so I called it a day.