With the later evenings thanks to the clock change I was able to spend an hour at the local reserve.  Things didn’t begin overly well as the cattle have been moved to the field where I had seen the roe deer previously but I started a lap anyway.

Near the start is a small ring of brambles with a grass opening in the middle.  There are a few clear animal tracks in the grass so I followed one and heard the rustle of an animal moving in haste.  I backed off and decided to try look from the other side.

After a brief walk I heard the noise again and there in the undergrowth a fox looked back at me. 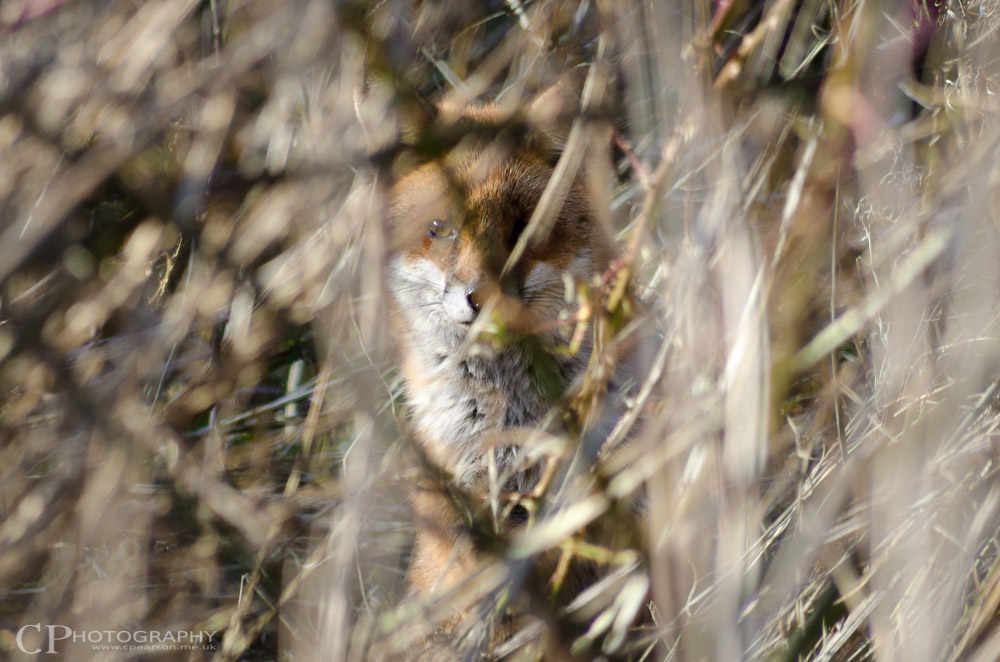 This was manually focused as the camera wanted to focus on the brambles.  Easier said than done on my Sigma 70-300. I sat and watched the fox for a while until it got bored of me and disappeared into the undergrowth so I moved on to search for the deer.

I found them in the bottom field. I tried to move along behind the field border as quietly as I could stopping when they looked up and eventually got to the bridge to their field.  At this point I began to crawl as close as I could, about 30m according the exif data (however I’m not very trusting of this as the shots which where certainly far closer also read 30m). 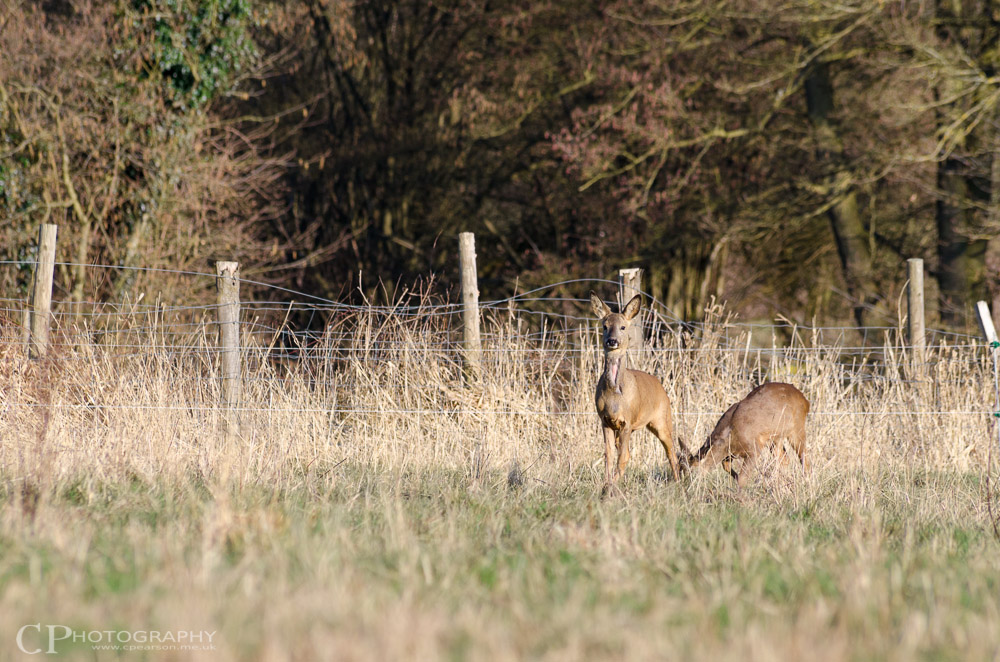 I stayed in this position and watch and took a few images as they looked up.  After a short while the began to move to my right and closer to my position.  It wasn’t long before the buck was close enough to hear the shutter firing and he began to look to where I was.  Initially he seemed confused but this soon changed to posturing and aggression.

Seeing as I was lying on my stomach on the ground I stopped shooting and stayed still hoping he’d back down rather than charge as I couldn’t do a thing to stop him.  After some more calling he apparently decided he’d made his point and after a few more calls took his small herd and ran off to the next field over the fence.  I think at his closest he was a mere 10-15m away. 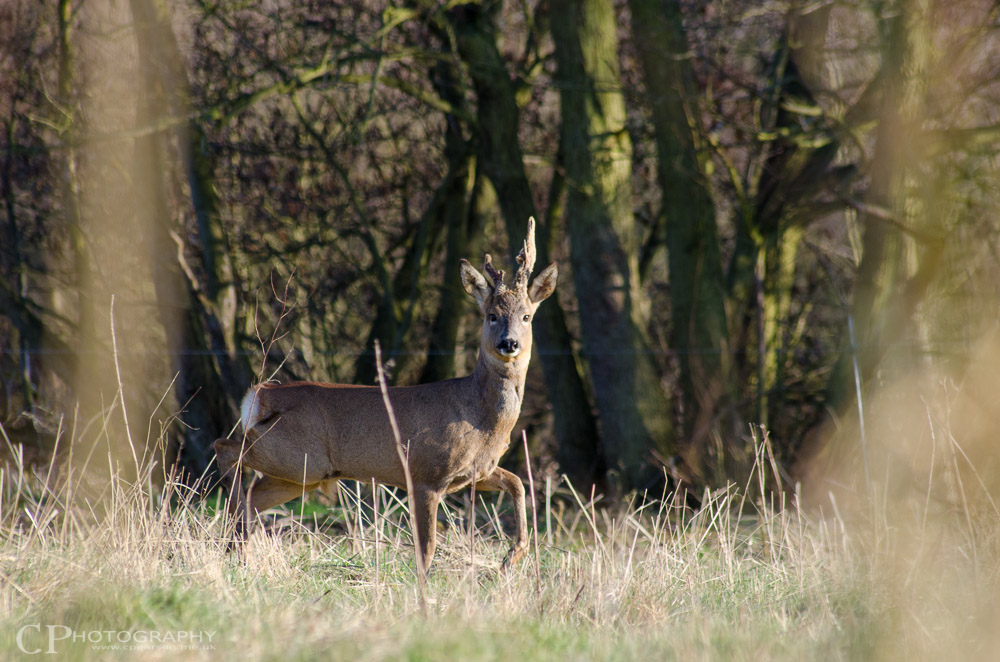 If you look this is the same buck I posted last week. He has the same lopsided antlers, it will be interesting to see if I can document him over the course of the year.

I took this as a sign my luck was out and started to head back home, but had a look back in at the foxes location and kept an eye out for the barn owl I saw last week, sadly with no luck.