After a stressful couple of weeks at work this weekend I took the opportunity to get out and explore my local nature reserve for an explore and to see what I could see. Getting out more here was a goal I set my self at the end of 2012.  The idea was to get a better feel for the land and try spot where the wildlife was gathering and their routes.

Saturday didn’t start off too well, a full lap of the reserve hadn’t shown much.  The fields where heavily waterlogged which lead to a fairly large discovery: my boots leak. I was okay in wet grass, but the standing water got in eventually.

As I was getting ready to leave I decided to take a 2nd look into the first field I pass again.  There where 3 roe deer right in front of me. I spent some time trying to get some images of these deer, not very successfully, when some thing caught the corner of my eye. 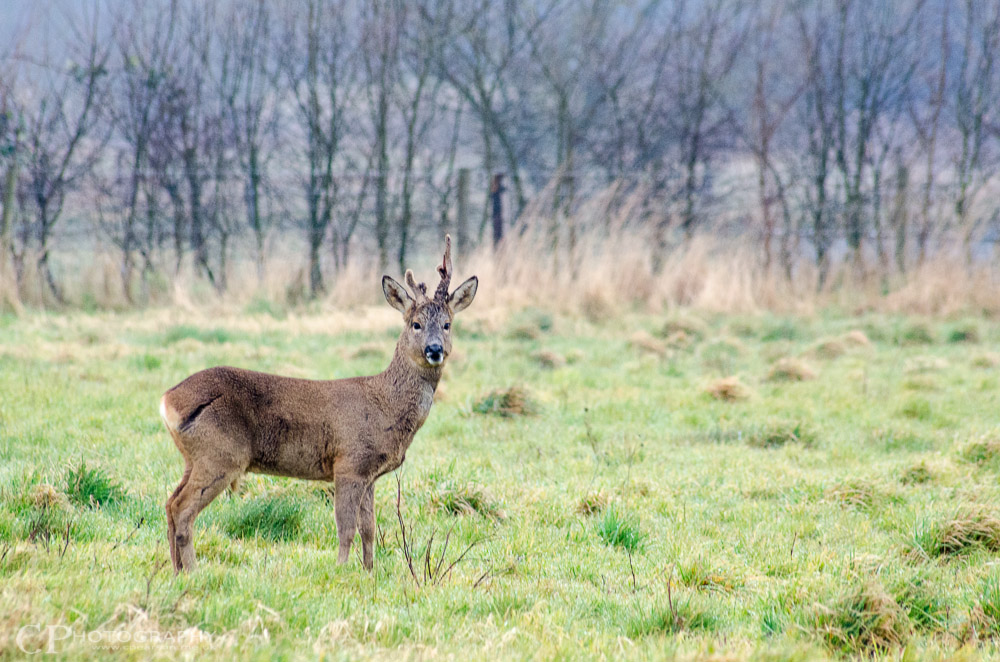 A barn owl was hovering over the path on the far side of the field. I managed to empty the buffer on it before it landed on the fence behind the hedge out of sight.  Flipping through the images I could see none of them are anything overly special but the sequence of the bird looked quite impressive.

This was motivation enough to get me out again on Sunday.

Once again I started with a full lap of the site seeing little of interest other than the cows. I took a detour on the far side to investigate the river path.  The water was very high and fast moving so I think I will head back once the rain finally stops!

Back at the same spot I saw the deer and owl I stopped to decide if I should do a 2nd loop or go home. A dog walker spotted me and told me of a spot where kingfishers have been seen in the summer. He also had much sharper eyes than me and saw 1 maybe 2 deer at the far corner of the field.  This turned out to be the same 3 deer from the previous day. Maybe it’s time for new glasses. 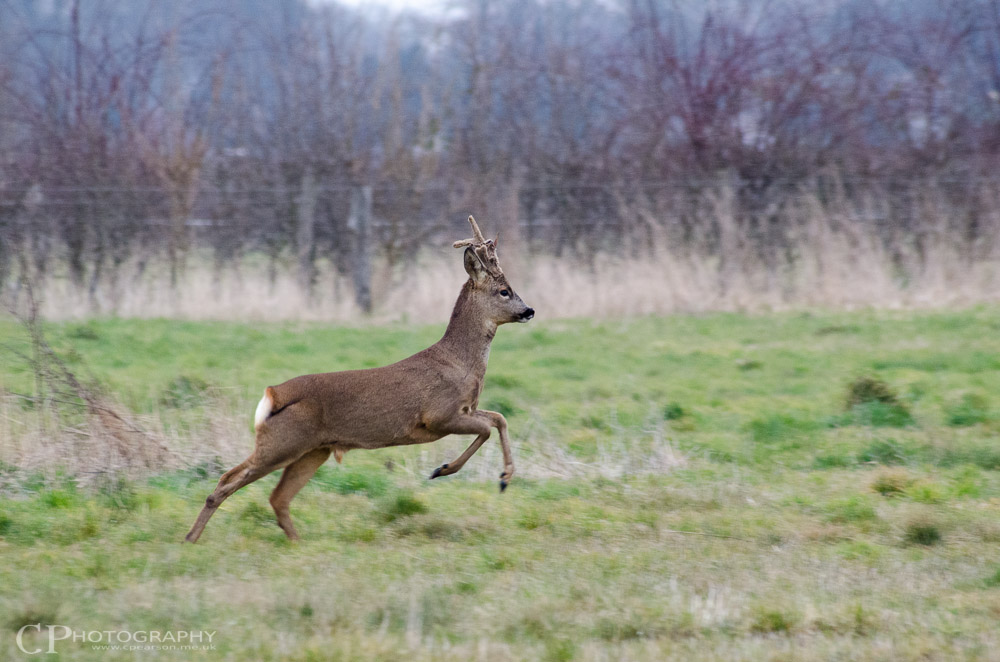 I spent some time going up and down the field trying to get a good shot without getting too close and spooking them.  Finding this point was hard, but after they spooked the 2nd time I decided to leave them alone for the day and headed home.

This weekend has taught me a fair bit:

1 I need to get waterproof boots if it keeps raining or I will get wet feet again. I also seem to keep getting exposure comp the wrong way round for back lit shots, this will come with practice I hope. I also learnt just how dark an over cast day can be when you have to be stopped down to get something close to sharp, shutter speeds head south pretty quick.  Combine this with some suspect focusing skills and a lot of what I shot was soft. The latter I can work on, but the former will require some spending.  I hope to get at least a Nikon 300mm f4 this year, maybe something better if I can, but time will tell on both of those.