One of the worst things about playing guitar is changing the strings. Specifically spending what feels like a million years winding the strings off of and on to the post. Even with a winder it’s still a chore meaning I don’t change them as often as I should. 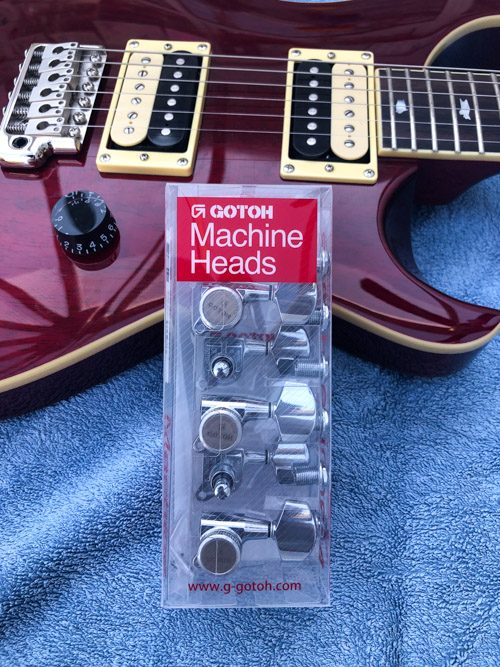 These allow you to feed the string through, a mechanism locks the string in place 1 and then you just tune to pitch in less than a single turn of the post.

After a lot of careful checking I chose a set of Gotoh SG381 Chrome Magnum Lock tuners from WD Music. These looks near identical to the factory tuner with the same shape and size key, and they should fit the factory holes for the original tuners. Chrome was chosen to match the factory fitted items. Whilst the PRS Specs say nickel hardware it was clearly chrome but with nickel screws, you can see the screws are more yellow when you look closely. Though check your own guitar first, don’t just take my word for it. 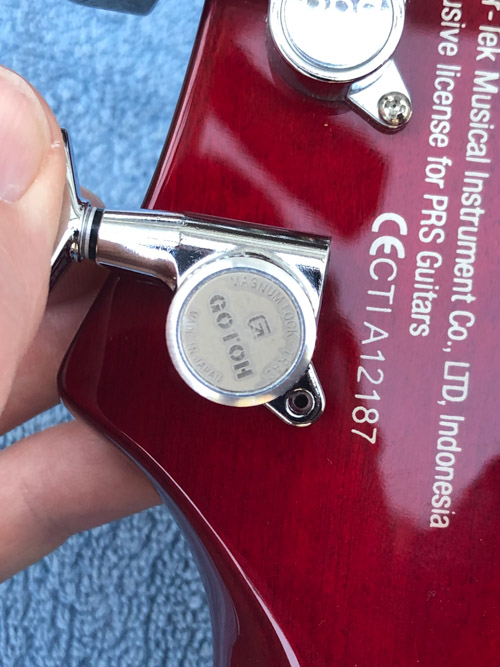 Fortunately my research was correct and the tuners fitted perfectly. The posts fitted nice and snug and the screw holes lined up exactly leaving the tuners at the same angle as the factory ones.

Under one of the original tuners I did find some crud but this cleaned off with a finger rub. There was a small mark left but this was covered by the tuner. The old tuners did leave a small indent where they were fitted, however the rear of the new locking item was slightly bigger and covered these nicely. 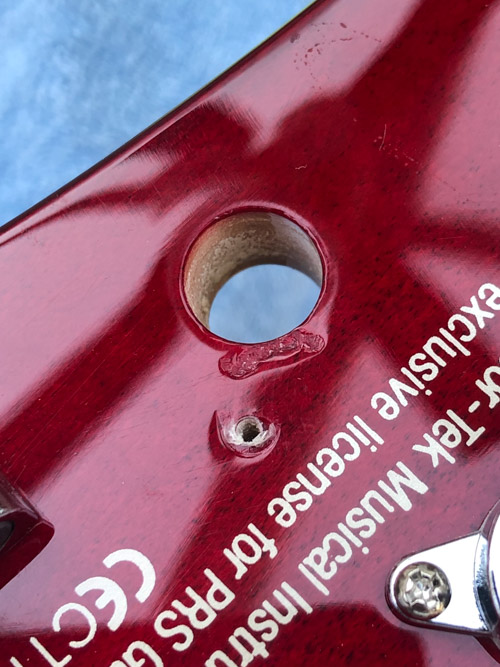 Fitting took about 30 minutes. Most of which felt like it was unwinding the old strings 😒. It was simply a case of:

Whilst the new tuners came with a set of nice new chrome screws, I reused the factory nickel ones. This removes any chance of the threads being different making undoing things harder by ruining the hole, or the new ones being larger and snapping by over torquing them.

I also re-used the old strings. They were reasonably unused and meant that if I made a mess of things tuning up for the first time I didn’t waste a new set! The wraps from the old tuners left enough slack for me to pull them taught in the new tuners when re-fitting. 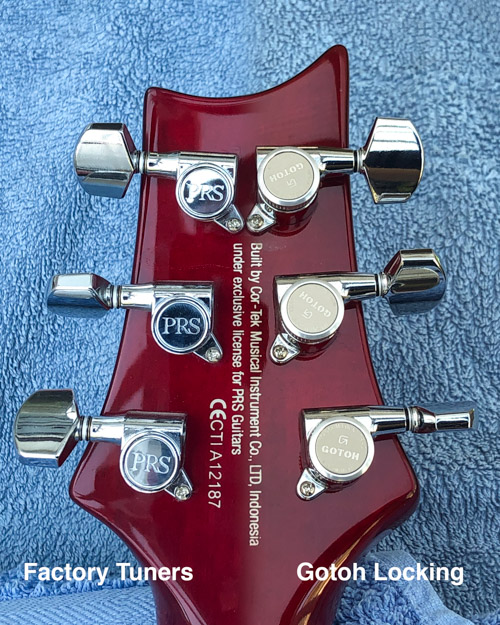 This is a Photoshop, doing half then taking a photo was apparently not a smart thing to do 😒.

You can see the new tuners are ever so slightly larger. The large knob is the locking mechanism, be screwing this in or out you can clamp or release the string. The color match in reality is near perfect, these photos were taken at different times and the white balance changed, so the new side looks slightly warmer.

The other change worth noting is the new tuners are very short on the front face of the headstock. As you don’t need the post height for the string wraps they can be shorter. 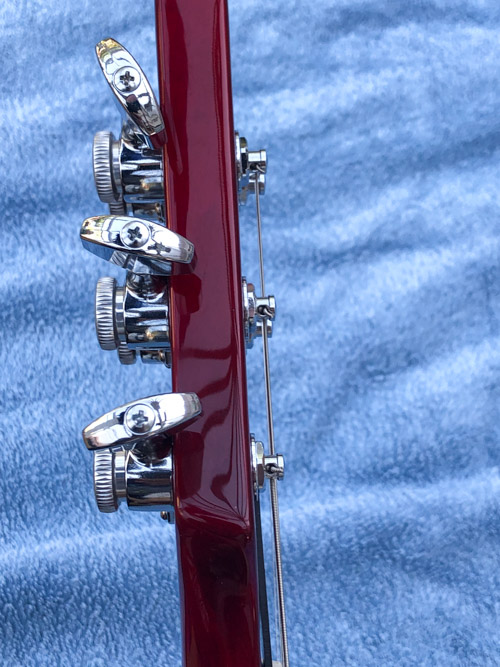 I can’t really comment on how good or not the tuners are as I’ve only had them 2 days. Tuning up was easy, though I need to pull the 1st string a fair bit tighter before locking as this needs more turn to get to pitch. The lower strings need less pull to get to pitch so this isn’t an issue. I am sure I’ll get the hang of this after a string change or two.

I am also very happy with the general quality and feel of the tuners. They feel more solid and well made than the Factory PRS SE items but maybe by less than I expected. That probably says more about the high quality of the PRS SE than it does about the Gotohs.

The service from WD Music was excellent though, they really provided a lot of help selecting the right tuners, and then delivered them quickly. I’m sure I’ll use them again when I need parts.