Last weekend I managed to find some time to head back out to the reserve to see if the roe deer had come out of their summer hiding to prepare for the upcoming rut.  Sadly there was not a deer in sight but there where a few spots that looked like they make be starting to make a few stands but time will tell on that one.

Just as I was thinking of leaving I saw a family of mute swans coming down the River Wey on the current.  There was a pair of adults and a cygnet just starting to mature from the dull grey to the brilliant white of an adult swan. 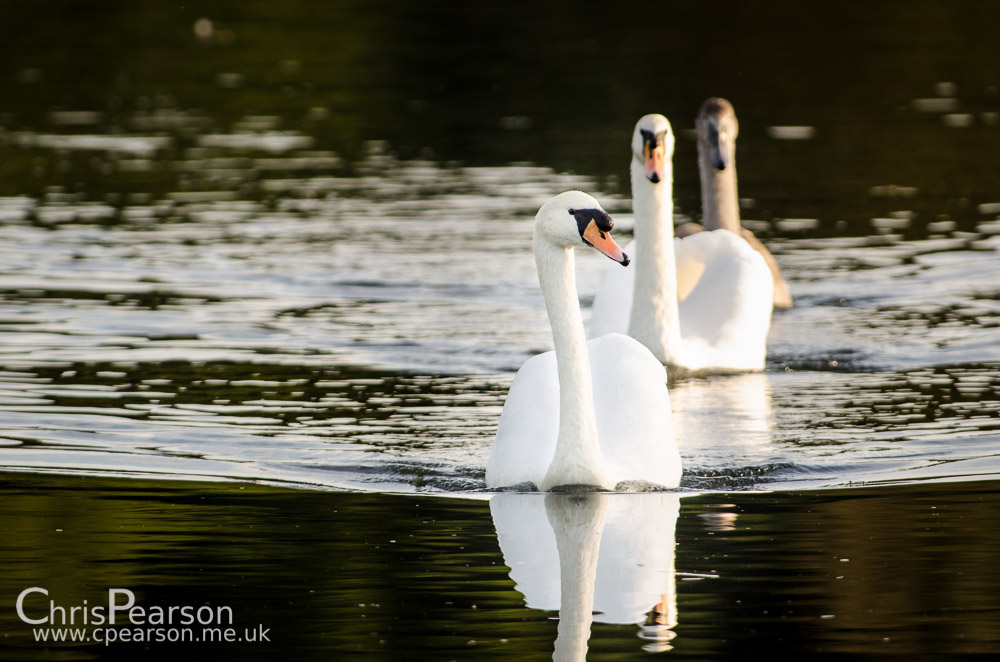 Exposing for swans proved to be rather tricky.  You want them to look white but still have detail and it’s quite easy to get it wrong and end up with a grey swan or blow the whites and and up with a white swan but all the detail is lost.  This really proved to be the first proper test of the work I’ve been putting in with manual exposure.  I set the exposure by exposing about 1 2/3 under exposed in manual then chimping to see if I had blown the highlights and adjusting.  Then it was a case of adjusting as they moved down the river into progressively shadier areas.  While I didn’t do amazingly I did a lot better than I would have done 6 months ago so I am happy with the improvement.

At one point a handful of swans flew over head.  I didn’t fancy my chances at getting the exposure nailed in this time so flicked to aperture priority hoping my ISO was in the right ball park.  While I had single point rather than a dynamic setting for the autofocus set my use of back button focus paid dividends as I was already in continuous focus to track the birds as they flew over.

I finished up the session by trying to work with bright white swans in the darker shady areas on the river. I knew exposing for the swans would mean a nice dark background and wanted to make the best use of this to draw focus to the swan.  I was playing with these images in the edit and was struggling a bit as I wasn’t overly happy as other items in the frame were becoming distracting.  I posted a work in progress to twitter where @drewbphoto suggested a portrait crop which removed all of these elements and worked brilliantly. 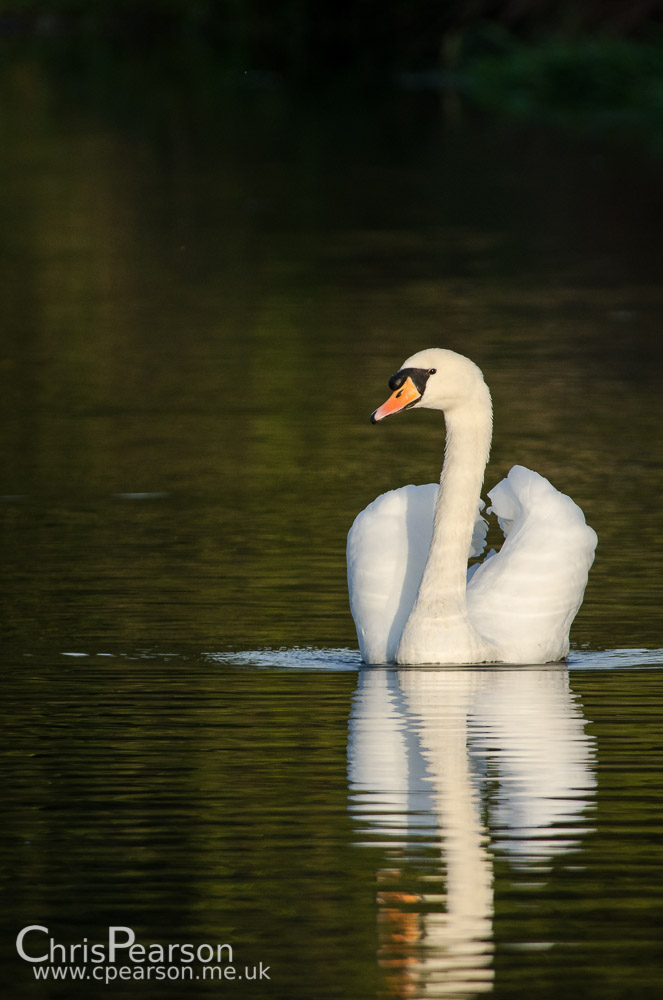 Despite having spent a small fortune to get the portrait grip for my D7000, portrait images are still something I almost always forget about taking in the field.  Fortunately thanks to the 16MP sensor the crop still gives me around 5MP afterwards which is plenty for most uses, especially the web, but I do need to get into the habit of taking them in camera where I can.